As Torbay goes Broadsands is unique among the many beaches, as it is the only beach with a significant amount of countryside and farmland backing down to the seafront. The mixture of sea, beach, farmland and a coastal marsh make it one of the best birdwatching areas in Torbay and attracts many keen birders, and wildlife photographers every year.

The birdlife found at Broadsands varies hugely from one season to another. In the Winter birders travel from all over the UK to see the Cirl Buntings that have been fed in the car park behind the amenities building for nearly 20 years.  The largest flock being recorded there was 54 feeding at the same time that’s nearly 0.5% of the British population! The hedgerows make a perfect vantage point for pretty Stonechats usually seen during periods of colder weather. The sea is always a draw to visiting birdwatchers as there are often good numbers of Grebes and Divers off shore – especially after a winter storm. With a telescope it is possible to find resting and roosting rafts of divers with counts of over 50 Great Northern Diver and over 200 Great Crested Grebes.

Spring time is heralded by first returning Chiffchaffs singing in the willows around the car park and often an early Wheatear on the rocky Elberry Headland. Listen for Reed Warblers that nest in the marsh behind the beachfront beach huts, occasional Sedge Warblers sometime stop there too for a few days on their way north. Around mid-spring small flocks of Whimbrel gather on the shore before the beaches get busy in the morning – or try a late in the evening instead. These large brown wading birds with their curved down bills, similar to the larger Curlew, but migrate north often on flocks sometimes dozens together.

Throughout the year expect to see both Cormorant and Shag feeding on the sea shags are smaller than cormorant with a thin neck rounded head and a long thin bill, Cormorants are thicker necked and billed. Both sometimes stand on the rocks with their black wings open. Over the sea closely related Gannets search for mackerel, diving spectacularly from heights of 30metres. They are unmistakeable with their pure white body, creamy yellow head and wings with black wing tips. Fulmars – closely related to Albatrosses fly on stiff straight wings and sometimes visit the cliffs to the north of Broadsands beach. 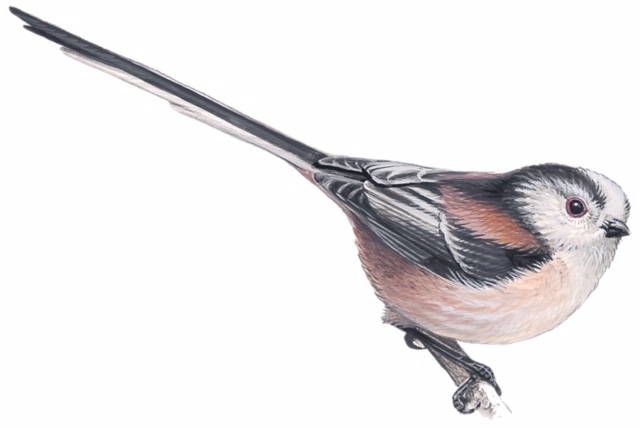 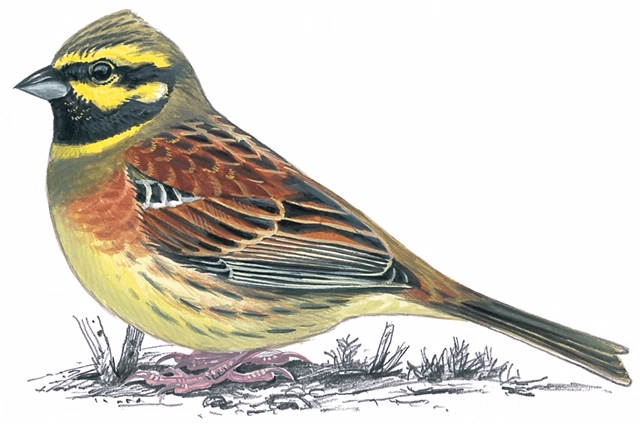 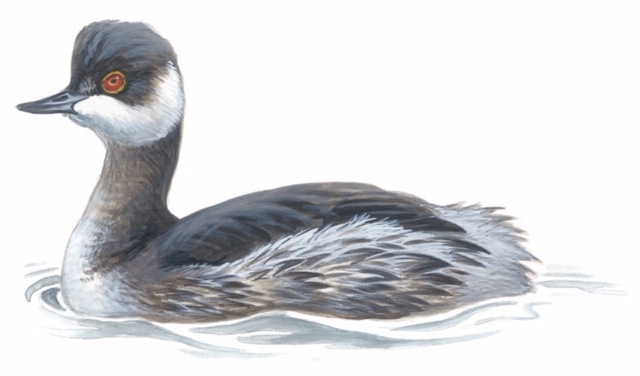 Birds of prey are always exciting, Buzzard, Peregrine Falcon, Sparrowhawk and Kestrel are regular visitors but there are annual sightings of Red Kite and Merlin too. Our largest crow, the Raven, will fly over the beaches listen for the deep low ‘cronking’ calls. Even the common Carrion Crow should not be ignored. Watch them closely on the exposed low tide rocks on the south of the beach, they find Perriwinkles and drop them from a height, trying to break them open, to eat the small snail inside.

By early summer interesting gulls start to return from their breeding grounds, Mediterranean Gulls are increasing as a breeding bird in the UK and their numbers have rocketed in the last few years. In late June and Early July they can outnumber the smaller, more delicate but regular Black-Headed Gulls. Don’t be surprised to several birdwatchers with telescopes scanning the flocks of gulls on the beaches especially on a low evening tide. Dull damp summer evenings are always best as there are few people on the beaches to disturb the birds.

Wading birds used to be common on Torbay’s beaches, sadly the beaches are far too busy with people today. However, there are still the orange billed, black and white Oystercatchers around. Their nosy pipping call is always a giveaway of their presence. Sometimes an early morning visit in the autumn, especially after a bit of bad weather, you might find tiny Dunlin and Ringed Plover or sometimes a group of  Sanderlings scampering along the tideline.

Before we return again to winter birds, the late autumn can bring some really special little birds in the marsh areas around the car parks. Rare Siberian warblers have been found in the marsh including Dusky and Yellow-browed Warblers. More common are Chiffchaffs, Goldcrest and a few Firecrest. Listen out for flocks of Long-tailed Tits, but also Bullfinches and Greenfinches. Up in the alder trees there are always flocks of Goldfinches picking out the tiny seeds from the cones, take a close look, as Siskin and Redpoll (even smaller finches) join the flocks from time to time.